Some serious horsepower is required for some of the latest gaming titles. And it’s worth it because the results are incredible. Crisp, sharp, detailed, almost lifelike realism is now possible.

If you would like to experience these stunning visuals, then you’re going to need a great GPU. The GTX 1080Ti fits that description. Designed almost specifically for UHD 4K gaming, if you intend to run at FHD 1080p, you will need a powerful CPU to keep up. 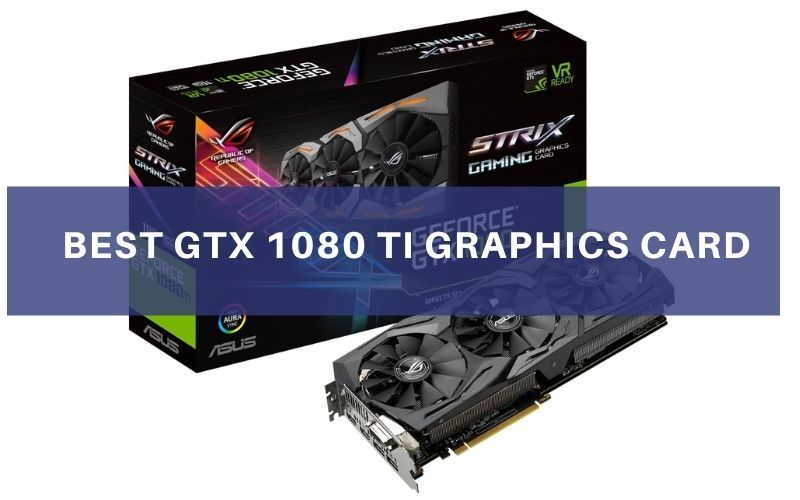 If you’re as excited as we are, let’s find out which is the best GTX 1080 Ti graphics card out there!

Up first, we have this beauty from EVGA. It looks and feels solid with some hefty weight behind this beast, giving an instant impression of quality and durability. Being a Black Edition, as you would expect, it’s all black apart from the heatsink.

Well, there’s one more part that’s not black. The EVGA logo, along with bold text reading, ‘GEFORCE GTX 1080 Ti’, is hard to miss. It’s even harder to ignore once the card is powered up and illuminated in a striking white.

Everything looks good in black…

A diecast form-fitted backplate makes direct contact with all vital components. The heat pipe is integrated, which significantly reduces component temperatures. We will get to more cooling functions in a moment.

EVGA has avoided plastic as much as possible. The fascia covering the fans is made from metal, and it looks fantastic. Not just going on looks, the quality of materials justifies our earlier comments about this GPU quality.

Just cool it, would you?

A massive emphasis has been placed on reducing heat using EVGA’s patented iCX Cooling technology. This allows a reduction in overall size with the GPU only requiring two slots. That means more room for other expansion slots.

Some of the iCX technology includes half-open L-shaped fins to maximize surface contact and increase airflow. There are also interlaced pin fins on the baseplate to help maximize heat dissipation. 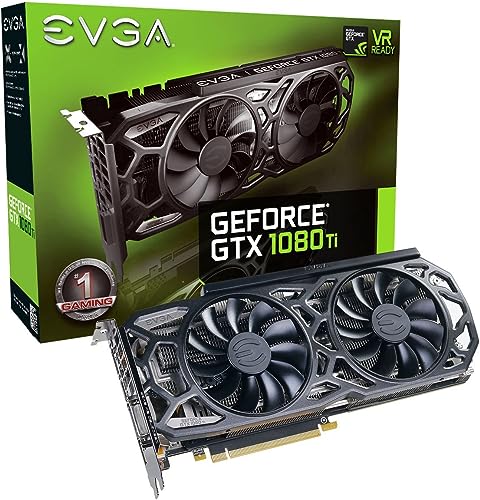 This card is fantastic for running UHD games like GTA-V, Resident Evil 7, and Battlefield 1. The games don’t just look good; the GPU does too with its series of programmable LEDs shining through the cover.

It’s topped with a triple fan layout hinting at the potential that lies within. Complete with a solid matte black backplate featuring ventilation meshes, subtlety isn’t present with Asus on this occasion.

Asus has one of the best software packages to complement its hardware. Luckily GPU Tweak II is included. The layout, navigation, and design are intuitive, accessible, and attractive. Plus, it has some great features.

One of our favorite features is the gaming booster. It prioritizes the game program and ignores redundant processes in the background. There are also advanced options available for overclocking if you enjoy pushing things to the absolute limit.

Not only is the software some of the best, so is the cooling technology. Built with 2.5 slots gives 40% more heatsink area. But that’s not all; MaxContact uses a copper heat spreader that comes directly in contact with the GPU. Both of these technologies enable efficient heat dissipation.

Those three fans aren’t just regular fans either. Using an exclusive Wing-Blade design gives maximum airflow and more air pressure on the heatsink. Plus, with IP5X certified dust protection, you can be assured the fans are always working at full potential. 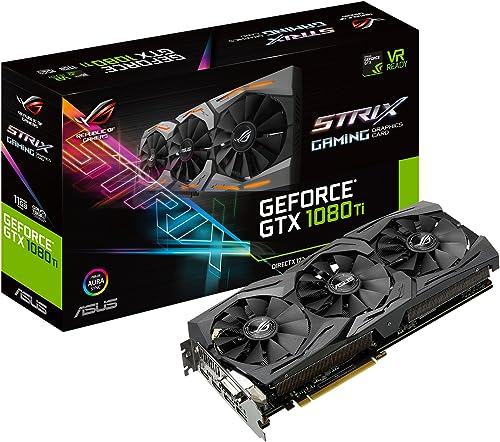 Are you tight on space in your PC case? But still, want to push your rig to the absolute limit with VR and UHD gaming? Well, you’re in luck because Zotac has managed to create this GPU taking only two slots and with a length of only 211 mm.

But won’t this have an effect on the cooling we hear you ask? Of course, it will, but even though it will run hotter than most of its competitors, Zotac has used some efficient cooling technology. We will cover this shortly.

An attractive card that has been finished in a gunmetal gray color. A glimpse of the copper heat pipes can be noticed on the exposed side of the card. A Zotac logo and bold GEFORCE GTX font are illuminated by bright white LEDs.

The backplate is predominantly matte black, with diagonal gunmetal gray racing stripes. An understated glossy black Zotac logo is in the corner, along with some stylish circuit-style decals.

How about that cooling?

Zotac uses what they have termed IceStorm Cooling. Thoughtful placement of aluminum fins on the heatsink allows for effective heat disbursement. Five copper heat pipes extract heat from the core resulting in only slightly higher running temperatures than larger competitors.

For those with a keen eye, you’ll also notice the twin fans are of different sizes. The 90 mm fan uses swept fan blades to extract heat. Straighter, fatter blades on the 100 mm fan draws in cool air. 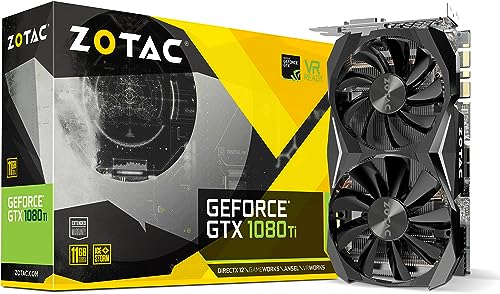 Nvidia’s GTX lineup follows a pattern. First, they release a GeForce GTX X80. Then comes the Titan, which is usually very expensive and has professional features unnecessary for gamers. What we all wait for is the Ti version. It is basically a slightly scaled back, more affordable version of the Titan.

And isn’t it beautiful too? It seriously looks like something you would expect to see when peering into the engine compartment of a Ferrari or Lamborghini. Appearance is one thing, but let’s have a look at the features and performance.

More of this, less of that…

Bound to happen eventually, something has been left behind. There is no DVI port on this card. There are, however, three DisplayPorts and one HDMI port. Nvidia claims that not including a DVI port allows for more efficient cooling.

Both the frame and cover are crafted from heat-treated, diecast aluminum offering superior strength and rigidity. Keeping with strength, more power is required than the GTX 1080, so instead of a single 6 pin connector, an additional 8 pin has been added.

The chamber of coolness…

A radial fan with its advanced vapor chamber cooling keeps things chilled. It achieves this by removing all heated air outside the chassis. Remember that missing DVI port? That space is now used to increase the airflow area, allowing more heat to escape.

With the efficiency of this cooling system, the fans can run at a slower speed. Slower fans mean quieter operation. We much prefer hearing the sound from our games rather than our GPU, that’s for sure. 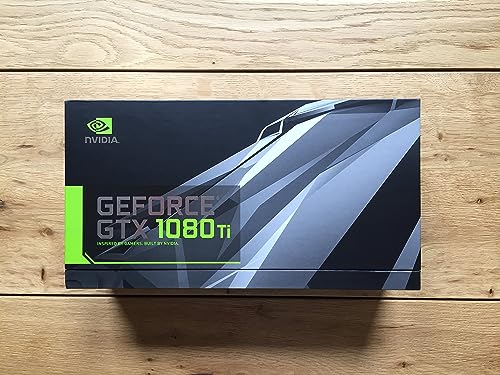 Finally, we have this GPU from MSI. Constructed mostly from hard plastic, it has tasteful carbon fiber printed accents. What isn’t plastic is the baseplate—made from solid metal, featuring a white MSI logo and some more carbon fiber print.

On the exposed side of the shroud is bold text with Duke and Geforce GTX in a white font. Built-in RGB LEDs can illuminate the Duke text. This can all be controlled using the included software, which we will go into further shortly.

Connected to the heatsink is a rugged anti-bending strip. This not only keeps the card rigid but cool as well. Keeping with the strong theme is 8 mm superpipes and a solid copper baseplate making short work of heat.

MSI calls their cooling technology ZeroFrozr. One of the features is stopping the fans when operating at below 60°C, resulting in near-silent operation. When those fans are spinning, two different styled alternating blades are designed to both cool and extract air simultaneously.

Afterburner software is one of the most popular for overclocking enthusiasts. This is due to giving the user full and advanced control over their graphics card. Control is made more accessible by providing an incredibly detailed overview of the hardware.

Additional features include fully customizable fan profiles, benchmarking, and in-game video recording capabilities. The interface is remarkably easy to navigate, and all the critical functions are easily accessible. 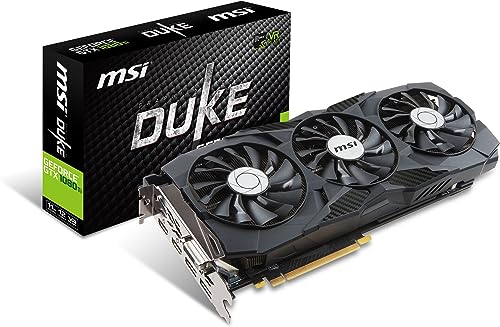 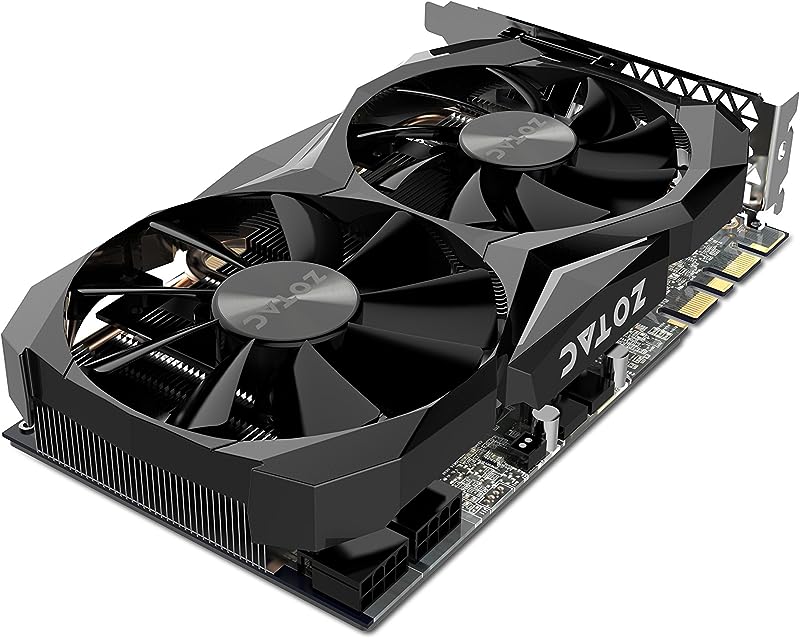 If you’re looking at entering into UHD 4K gaming or VR, then you really can’t go wrong with any Geforce GTX 1080 Ti card. But then, if you’re going to spend the money on a premium GPU, you may as well buy something that suits you best.

We will now help you by looking at which cards are suited better for different purposes. All of these cards work off the same Nvidia processor. The main differences being size, shape, software, and features.

If you have a smaller PC case, then you’re not going to be trying to jam a massive card into your limited space. If this sounds like you, consider the Zotac Mini. Even with a larger case, this can allow room for an insane cooling solution.

What about if you’re into overclocking? There’s a reason why MSI is so prevalent in this category. Not only are there components well suited to the task, but the Afterburner software also provides complete access and control of your GPU.

Is there anything else to consider?

Do you prefer to have a case full of hardware rather than fans and radiators? Then you will want your hardware to have its own optimal and efficient cooling system. The Nvidia Founders Edition not only has superior cooling capabilities, but you can also comfortably fit multiple cards on the motherboard.

However, many gamers enjoy their rigs looking just as impressive as their graphics on the screen. Some of the most out-there, customizable RGB LEDs we’ve seen are on the Asus ROG Strix. Aura Sync is hands down the best proprietary RGB controller on the market.

We’ve now covered what we believe suits each need best. Next, we’ll reveal what we think is the best overall GTX 1080 Ti graphics card and why.

But First, Look At What We’ve Got For You! 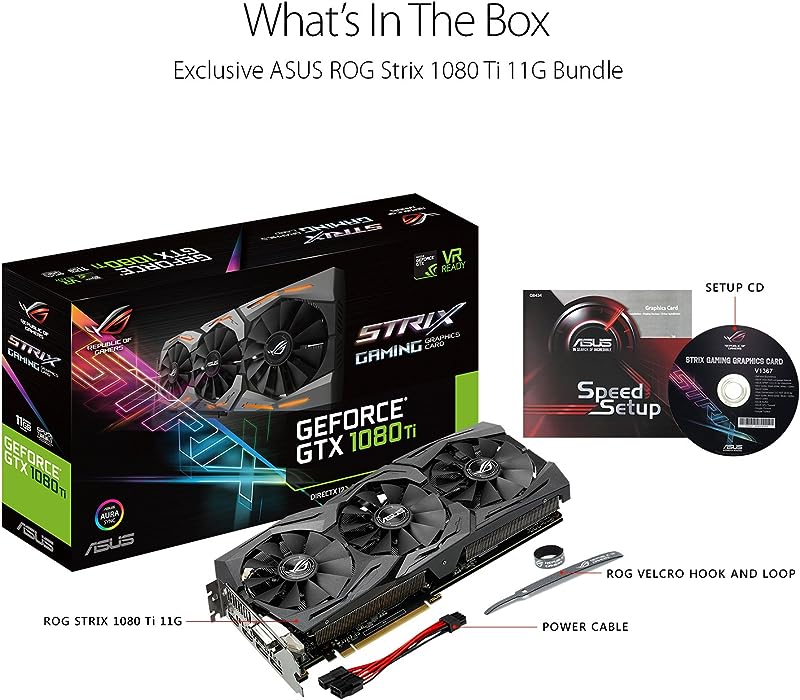 You’re going to need superior power behind that new GTX 1080, so don’t miss our Best CPU for Gaming Reviews!

Some will also want to show it off to the max? Streamlinists can head to our Best Mini ITX Cases Reviews, and the heavy-weights can read our Best Full Tower Case reviews. And, if the latter is you, you’re gonna wanna read our Best Hard Drive Duplicator Docking Station reviews!

But what real use is a GTX 1080 Ti graphics card without a recommended model from our Best Ultrawide Monitor reivews? And you can top that off with our Best Sound Card reviews for 2022!

Broke from buying gaming gear? Our Best Cheap 4K Monitors under 300 reviews and Best Budget Gaming Chairs Under 200 Reviews are just for you!

This is a hard decision. Honestly, we love all of these graphics cards. But there can only be one that will be crowned the best. To help make our decision, we have taken these things into consideration: features, performance, versatility, and design.

The card we believe should be named the best is the…

With its fantastic build quality, factory overclocking, unobtrusive size, and attractive design, we think it gives the most bang for your buck.