It is easy to forget about free to air TV these days with so many streaming and IPTV services available. But occasionally, it’s fun to go back and laugh at the obvious bias and lack of journalism from mainstream news channels.

Or sometimes, some of your favorite sporting events are only broadcast through free-to-air transmissions. If you would like to go retro and watch television via an antenna instead of a modem on your PC, then you’ll need one of these. 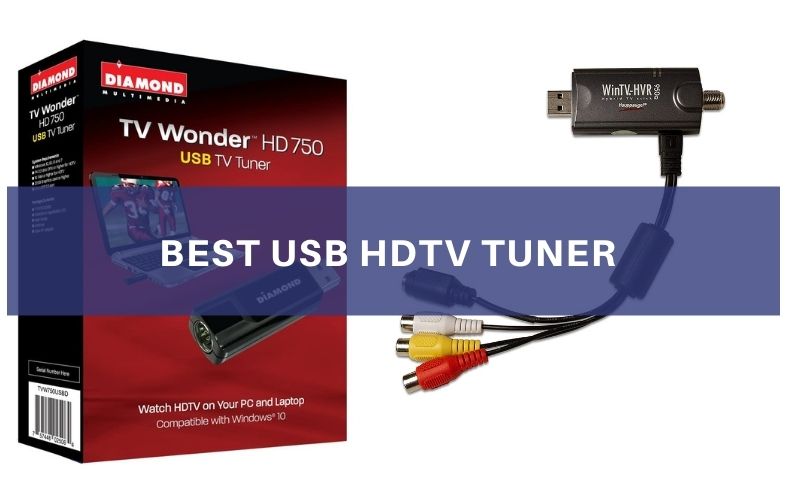 So, let’s take a look at the best USB HDTV tuners currently on the market and find the perfect one for you…

The device itself appears to be like any normal USB stick. That is until on closer inspection; you notice the coaxial-jack on one side. There’s more than just the device included here. In fact, there’s everything you can think of.

Inside the box, you’ll see the device itself (obviously), a USB extender cable, a small antenna, a tiny remote control (including the battery), and an installation CD. You will probably need to download the software, though, as most computers these days don’t have an optical drive.

Ready to go in no time…

Once you’ve downloaded and installed the software, inserted the device into the USB port, and plugged in the antenna, you are ready to go. When the program is first opened, you will be prompted to scan for the channels; then you’re free to view TV.

Changing channels can be done using either the on-screen menu or the included remote control. There is a recording function, and you can pause and rewind live TV, just like using a PVR system.

Because the device contains a dual tuner, it is possible to watch one program while recording another. This also allows for watching two programs at the same time in two separate windows. Even better if you have a dual-screen setup.

The included antenna probably won’t achieve much unless you get reception easily. You will most likely need to connect to a rooftop antenna. However, the broadcast quality is just as good as what you would expect from a normal TV. 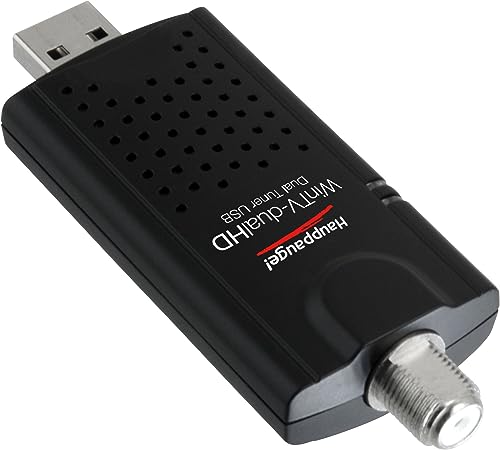 If you own an Xbox One, you are probably already aware that it can serve as a media center. But in order to watch free to air broadcasts, you need a USB TV tuner. Microsoft and Hauppauge have teamed together to make this compatible device.

This is essentially the exact same device as the WinTV DualHD, except it only has a single tuner instead of dual. That means you can only watch or record a single program at a time.

Setting up the device…

To get started, the device is plugged into the rear USB port on the Xbox. It’s too fat to plug directly in, so you will need to use the included USB extender. You will then need to plug an antenna cable into the other end. Unlike the WinTV, there isn’t one included.

Once everything’s plugged in ready to go, you can open the SmartGlass App on the Xbox. It will scan for available TV channel signals and automatically save them. You can then choose if you would like to use 4 GB of drive space for pausing and rewinding live TV.

Turn your Xbox into a TV media server…

Using the SmartGlass App on Xbox allows you to stream live video to other devices. Now you can watch any live TV broadcast via an App on your Windows PC, smartphone, or tablet. It works as easily as opening the App, selecting a channel, then hitting the stream button.

While streaming, it does buffer for a bit before getting started. There are also slightly lower frame rates than watching directly on the Xbox. But you can watch on multiple devices at once. And you can still play a game while streaming to a device at the same time.

This is a mostly similar device to the Hauppauge WinTV package. We feel it has a slightly more modern design and looks a little sleeker. In the box, you receive the device itself, a high gain antenna, and an installation CD.

Not only can you watch TV using this device, but it also supports FM radio too. But looking good and being packaged well isn’t even this device’s strong point. It is the software and features that make it really shine.

The AVer MediaCentre 3D DVR software has an intuitively designed interface. The most frequently used buttons are directly on the toolbar. It’s easy to switch channels, adjust the volume, and watch TV with a single click.

All the normal DVR style functions are also available, such as pausing and rewinding live TV. You can also record programs on your PC. This is where we come to our favorite part of this software’s ability.

A trick up its sleeve…

Using the software, you can select the type of file you want the program saved as. There are files compatible with Android smartphones, iPhones, iPads, and tablets. This means you can copy it straight onto your device without the need for conversions.

This is awesome if you are flying somewhere or know there is not going to be WiFi available when traveling. Now you can just load up your device with your favorite TV programs and watch them wherever and whenever you want.

One of the most reasonably priced options available, this tuner from Diamond Multimedia is still a capable device. It is packaged with everything you need to start watching TV on your PC.

You receive the device, an antenna, a USB extension cable, a coax to RF adapter, and an installation CD in the box. We would advise you to connect using a rooftop antenna connection if you have one available.

By plugging this device into your laptop or desktop, it basically turns it into a PVR device. All the same features are available, such as closed captions, EPG (Electronic Program Guide), and channel favorite lists.

Timeshift functions are also available, allowing you to pause, rewind, and record live TV. This can all be controlled using the included software package. There is one more useful function that we enjoyed.

A built-in editor allows you to edit and save all your TV recordings. You can even choose to burn your programs to a CD or DVD, provided your PC still has an optical drive. And you still have a DVD player to play them back on.

Although the functions are a little more basic than some of these other tuners, it still performs well at providing TV on your PC. And at such an affordable price, it represents excellent value for those only looking for basic functionality. 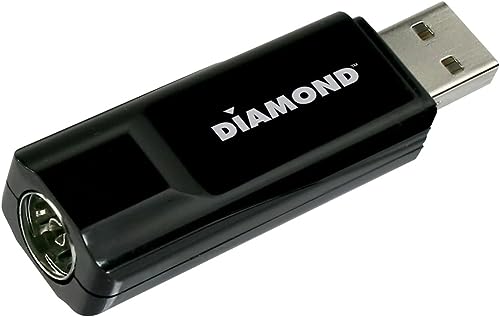 We have one more device on our list from Hauppauge. This, once again, is very similar to both the WinTV and the Xbox devices. In fact, you probably couldn’t even tell them apart when first looking at them.

Unlike the Xbox version, this HVR version comes with all the same accessories as the WinTV version, including an antenna. So I guess you’re wondering what the difference between these devices is?

One of the key differences is that there is only a single tuner onboard. But that’s still the same as the Xbox version. So there must be another difference? It can’t just be some extra accessories?

Well, there is one significant difference, and that is the ability for the HVR to be a capture device. There is an additional cable included that plugs into the side of the device and has four different input jacks.

There’s the old component input, which are those yellow, red, and white jacks. Remember those before HDMI? And the other option available is an S-Video jack. Why would you want these old-style jacks?

Well, this allows you to capture footage from an old VHS player or even an early DVD player. Now you can convert them all to digital and save your old footage to either a storage device or burn it onto a blank DVD.

For those of you wanting a bit of nostalgia, there are many different options available with different levels of value and features. But how do you now choose the ideal HDTV tuner for you?

Now is the time that we compare all the products on our list to help you a little bit further. If you still haven’t noticed something that feels like it’s right for you, let’s take one more close look at how these devices compare. 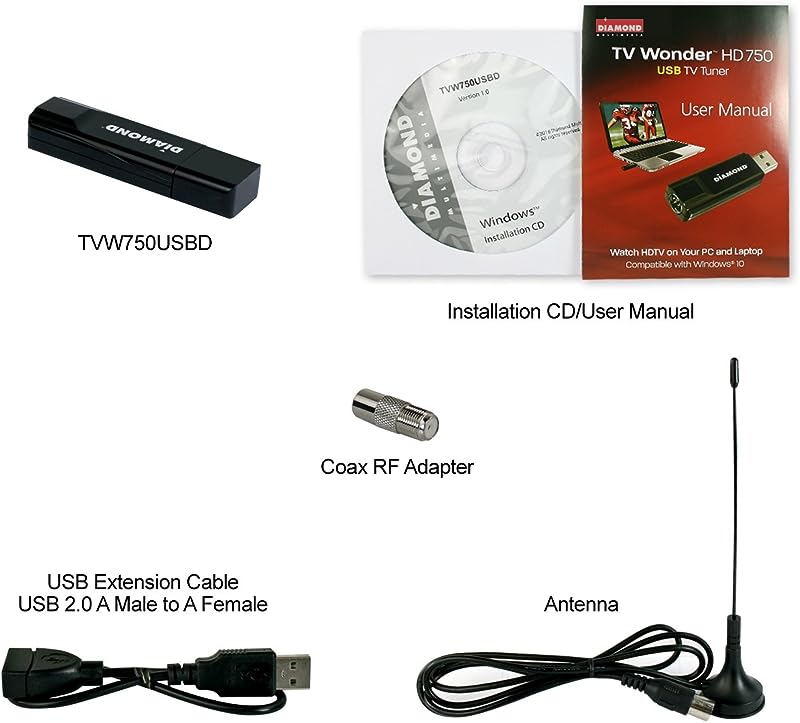 If you own an Xbox and are looking to watch free-to-air broadcast TV, then there is only one compatible device. And that’s the Hauppauge DTV for Xbox. But remember that this will also allow you to stream to your tablet, smartphone, or PC.

The remaining devices are all compatible with a Windows PC. Sorry Apple users, none of them are compatible with iOS or OS X. So if you’re a PC user, how do you decide which tuner is best for you?

If you need to capture some old footage from some long-lost VHS tapes, then you will want the Hauppauge HVR-950Q. It is the only device here that has the capability, plus you can still watch DTV in up to 1080i resolution.

If the idea of watching two programs at once appeals to you, or maybe recording one program while watching another? If this is something you are after, you will need the Hauppauge WinTV.

That leaves two devices that we haven’t mentioned. So, let’s find out what our pick is for the best of all the USB HDTV tuners and why? But before that…

Do You Enjoy The Brilliance Of Modern Tech? 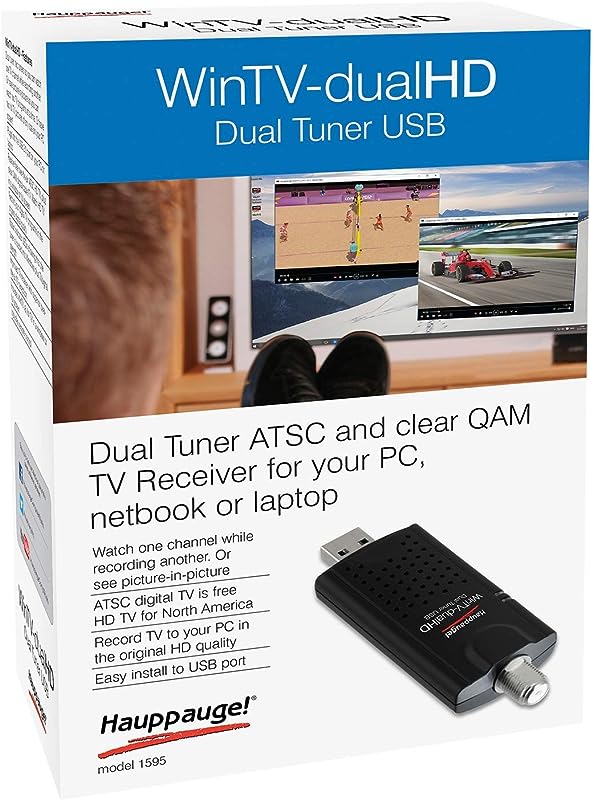 We love that modern products often cater to accessing outdated tech that we miss! If you do too, don’t miss our Best External USB Floppy Drive Reviews and our Best N64 and Gamecube to HDMI Converter Reviews!

Back to USB HDTV tuners…

So, What Is The Best USB HDTV Tuner?

We’ll give you a clue; it’s one of the two devices not mentioned in the previous buying guide. Which will it be? We have the highly affordable Diamond Multimedia or the AVerMedia Volar HybridQ with its impressive software.

Its software provides a remarkably user-friendly experience, and having the extra useful feature of being able to copy saved video straight to our tablet or smartphone gets it over the line. 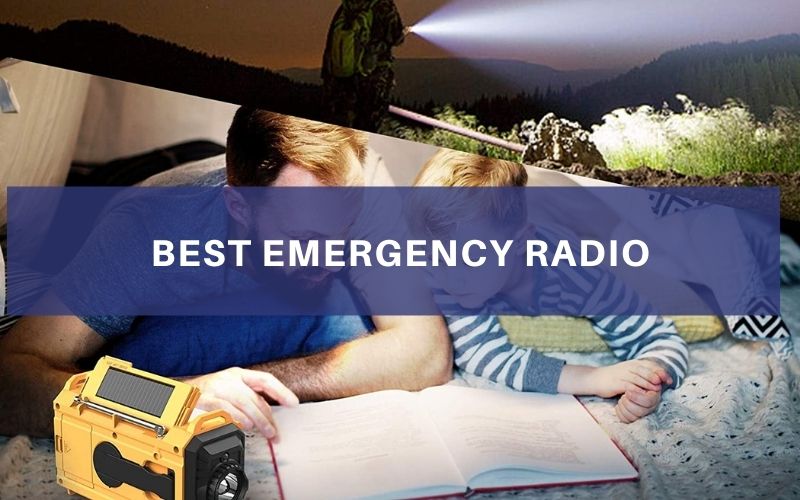 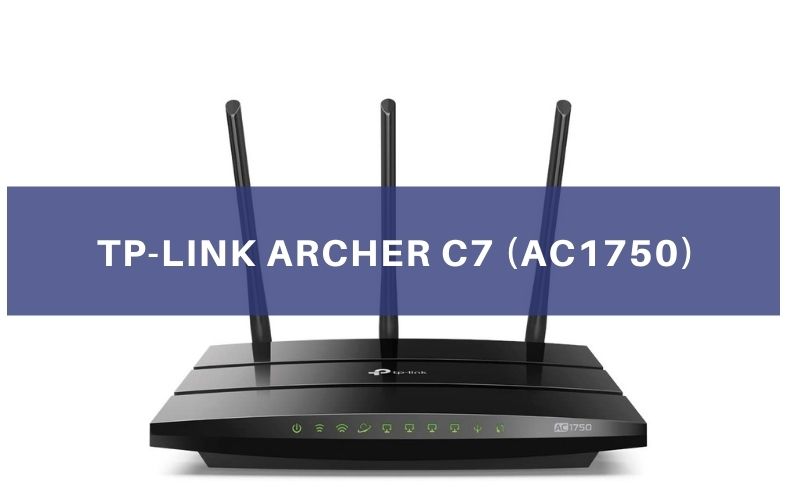 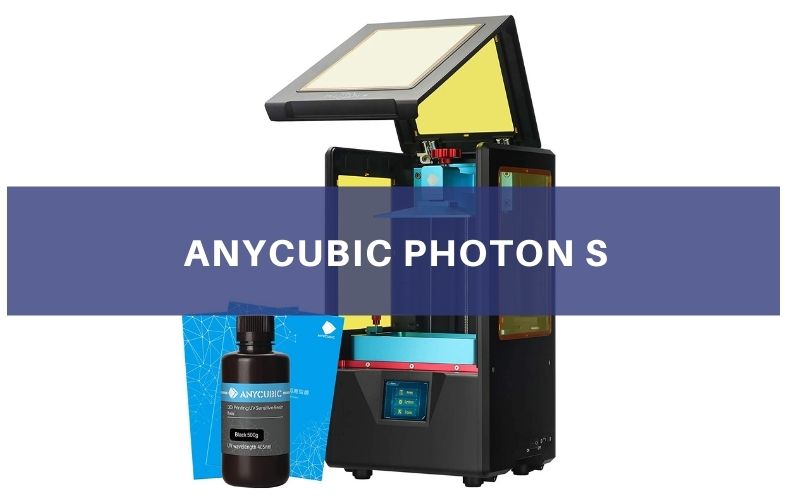 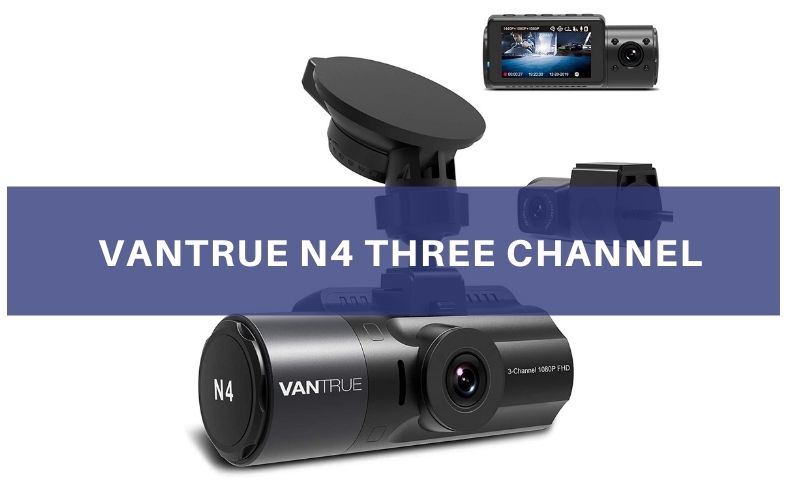 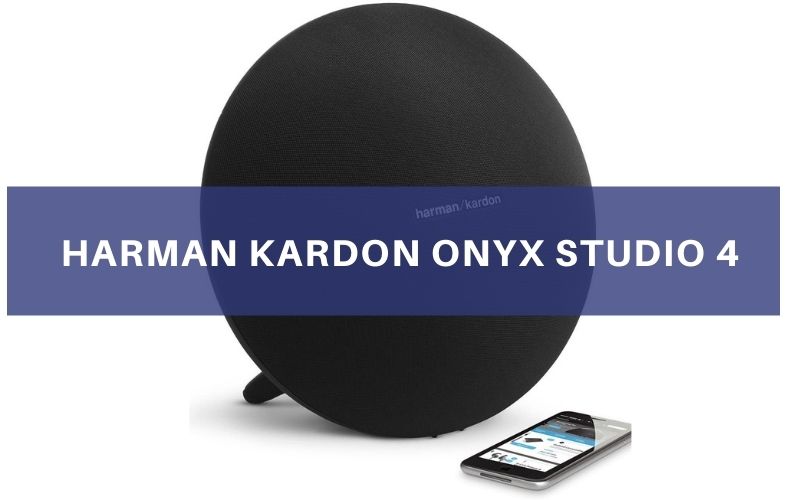 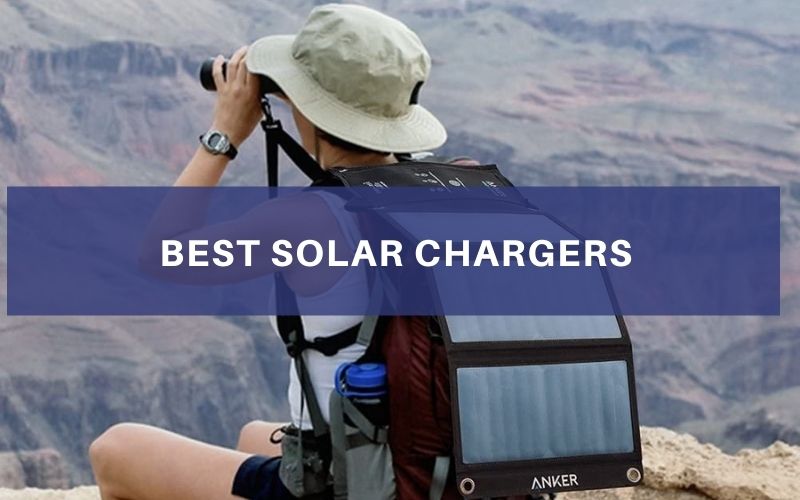