The DJI Mavic 2 Pro first appeared in August 2018 as a part of an exciting double-act alongside the Mavic 2 zoom. Despite its age, it remains the company’s flagship model. It’s an all-rounder that suits hobbyists and professionals who want powerful aerial photography in a travel-friendly package.

The Mavic series started in 2016 with the original Mavic Pro. The foldable design was a game-changer, making it much smaller and lighter than the DJI Phantom Range. It was also the first drone, and still is, that could flip its camera 90 degrees to photograph in portrait format. 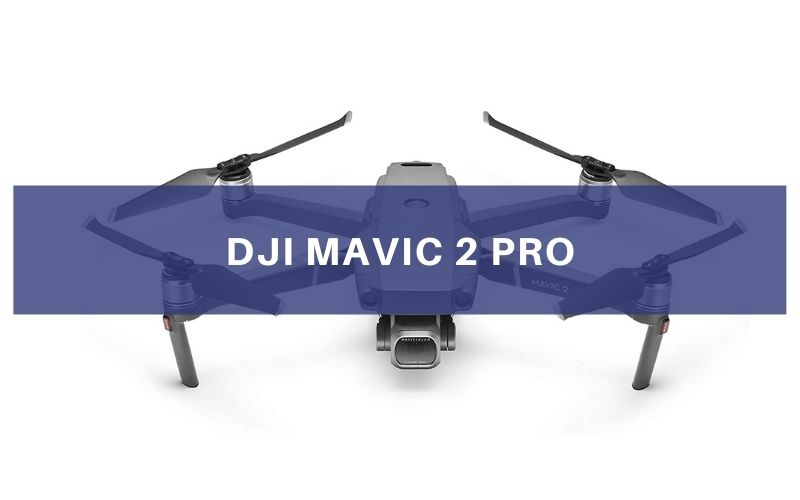 What about the DJI Mavic 2 Pro – Drone Quadcopter?

The Mavic 2 Pro, unfortunately, doesn’t have this feature because of its larger sensor. But it compensates by offering advanced photo and video features, as well as intelligent flight modes. Combining all of these has made it one of the world’s most popular drones since its release.

Since the Mavic Pro’s release in 2018, new drone laws have been introduced. Still, as long as you oblige to the guidelines, it remains a fantastic way to get pro-level aerial footage of landscapes or personal travel adventures.

So, let’s take a closer look at all of its features in our comprehensive DJI Mavic 2 Pro Review…

The Mavic 2 still has the foldable design first seen on its predecessor. This allows the drone to halve its size for transportation—making it the most portable drone with a one-inch sensor. Folding the drone is straightforward, and you rotate the front arms out, and the rear arms twist up into position. Each arm is equipped with a propeller.

The body is compact and rectangular, with the gimbal and camera mounted at the front and bottom of the drone. The camera and gimbal are in a raised position while sitting on the ground. So there is enough clearance for take-off and landing. There isn’t a great deal of space, so ensure that the camera lens doesn’t get wet when the gimbal automatically calibrates when turned on and taking off from wet grass.

To turn the drone on, press and hold the button on the top of the battery located at the drone’s top. To turn on the controller, you briefly press the power button before pressing and holding it again. Remember that you will need to connect your smartphone with the Go 4 app installed, allowing access to the camera view, camera control, and drone settings.

The controller is also foldable. It has a compact design with joysticks stowed at the bottom of the controller. You screw them in place when you use the drone. The controller looks very similar a standard radio controller. However, the joysticks are used for very different maneuvers than on an RC car. Therefore, you should familiarize yourself with them before your first flight.

The controller’s bottom opens and is equipped with a phone holder for smartphones up to 160mm in length, or a thickness of 8.5mm. As soon as you turn on the controller, it automatically opens the app, making the startup process a breeze. Most of the camera controls are accessible through the app. But the controller also provides 11 direct access controls, allowing you to quickly access the most commonly used functions.

These controls can be customized like function buttons on a DSLR or mirrorless camera. This enables you to configure the controller, so it suits you and your photography. The Go 4 app provides a similar layout and camera functionality as a compact camera, making most photographers feel at home. 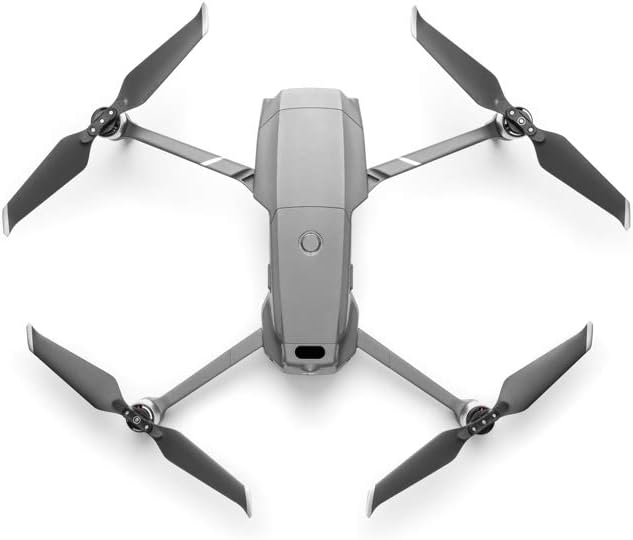 Flying the drone couldn’t be easier, thanks to the GPS, holding the drone in position, ceasing it from being blown out of place by hefty winds. There are also a few safety features like collision avoidance, which uses omnidirectional obstacle sensing, helping you avoid crashing.

Even though these features are incredible, don’t let them lure you into a false sense of security. Because even though they are activated by default, they won’t always stop the drone from crashing into objects.

What can they do?

If you should get too close to an object, the controller will display visual warnings along with sound alerts letting you know of any immediate danger. And the drone will brake to avoid collisions. Sometimes, you have accidents, so care and common sense are vital to prevent them.

According to the specs, the DJI Mavic 2 Pro – Drone Quadcopter can fly up to 31 minutes, which is more like 20-25 minutes. It tops at a maximum speed of 45mph, so losing control or crashing can have devastating and expensive outcomes.

If we look beyond the safety aspects…

The Mavic 2 offers numerous shooting modes and automated “intelligent flight” modes. These modes are aimed at easing the way of getting specific types of stills and video. As with any camera, it’s always better to use most techniques manually, taking full control of the drone’s flight, but the automated modes are good for beginners learning how to fly.

But that’s not all…

You can access the three main flying modes from the app or switch on the side of the controller. Tripod mode slows down the drone and makes it less responsive, allowing for smoother videos. Positioning Mode is the standard flight mode, providing a medium level of control, and Sports Mode makes the drone faster and most responsive.

The image quality is overall very good, as long as you don’t expect the same quality as you’d get with a mirrorless camera or DSLR. Most drones feature a sensor similar to that on mobile phones. But due to the 20MP one-inch Hasselblad sensor, the Mavic 2 Pros sensor is more of a premium compact in size and image quality.

Despite having a larger sensor than most consumer drones, noise is an issue and is visible even at ISO 100. It’s certainly not a deal-breaker, but shooting at higher settings will introduce higher noise levels, which means diminished image quality.

Image quality is still good enough for large prints around 16 x 12 inches without interpolation. And even though there’s some fall off in sharpness around the edges of the frame, it isn’t so bad that it lessens the image as a whole.

Fix it in the edit…

There is minimal lens distortion, but chromatic aberration is often visible along high contrast subject edges. But this is a one-click fix with Raw editing software. Since you can shoot in DNG format, Raw images can be processed using any Raw editing software. And if you prefer your photos to be processed in-camera, you can save them as JPEG instead.

Besides the sensor and the 2mm equivalent focal length, one of the key features is the adjustable aperture, which provides f/2.8 to f/11. This means you can control exposure and depth-of-field and the ability to shoot in shutter priority, aperture priority, or manual mode.

However, this will not be too much of a problem for the majority of users, including professionals. 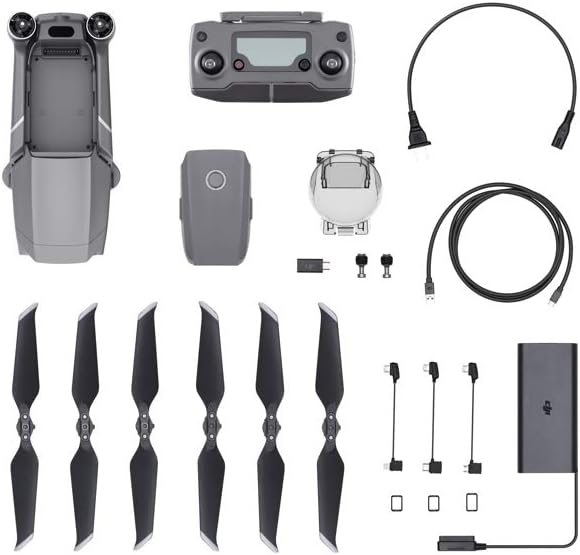 And, before you leave, also take a look at our Canon PowerShot SX730 Digital Camera Review and our Vantrue N4 Three Channel Review.

And for the tech lovers out there…

The Mavic 2 Pro is undoubtedly the best option available for photographers and videographers who need a highly portable drone that is easy to carry around with other photographic equipment. The compact size and lightweight makes it an attractive option even compared to professional level drones. And it effectively sits alone on the throne in many respects.

The closest competitor is the DJI Phantom 4 Pro V2.0 in terms of sensor size. However, it’s a much larger, more powerful drone strictly for professional use, so it’s an entirely different proposition.

The Mavic 2 Pro is effortless to fly and includes some of the most advanced flight and camera technologies available in the consumer drone market. And it produces professional-level stills and video. While the image quality might not be on par with the micro four-thirds DJI Inspire 2, it’s a lot more inexpensive and capable of filling most people’s needs.