The difference between the 6th and 7th Gen CPUs is surprisingly small. So small, in fact, that you could even say that it’s fractional. At least when you test it in the real world. The performance only differs by a diminishing 5% between the i5-6500 and the i5-7500. So why even bother opting for the i5-7500 when the price is significantly higher than on the i5-6500?

This processor is a no-frills, boring CPU that lacks overclocking support. Even without the support of overclocking, the base clock speed operates at 3.4 GHz but boosts up to 3.8Ghz if it must. 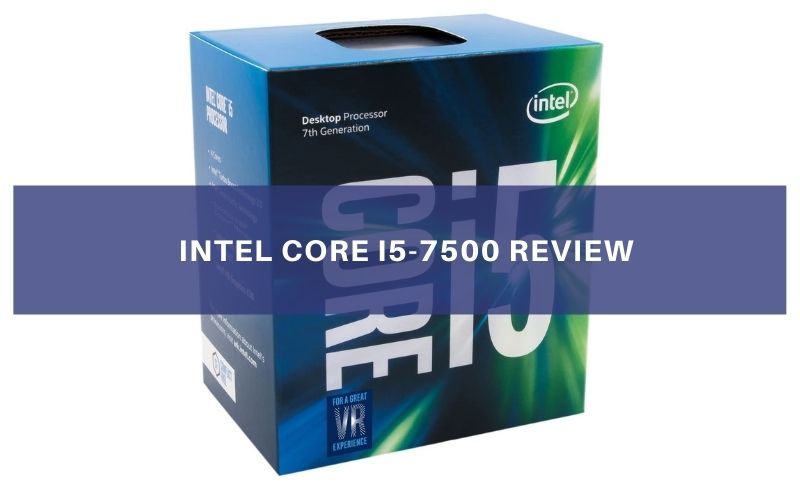 Does It Have Anything Exciting To Offer?

Being a 7th generation Intel Core processor, it boasts four physical cores and four threads with zero hyperthreading. Does it sound exciting? Well, it isn’t! It’s equipped with a 6MB cache, and it manages to pull 65W on average, which is a decent reduction in power ratings.

Okay, so you have Intel’s overclockable processors and then those for beginners and average users. The 7500 CPU is easy to use and does not allow overclocking by a processor. Although you can overclock this to some extent, which we will see later in this Intel Core i5-7500 Review.

The CPU works on a 3.4GHz base frequency but increases to 3.8GHz if desired. As a core i5, four physical cores and four threads are present with zero hyper thread. The L3 cache is 6MB and consumes an average of around 65W, which is a substantial reduction in i5 7600K’s power ratings.

Let’s go through the benchmark scores…

We chose to test the Core i5-7500 and compare it to its slightly more expensive and well-documented sibling, the Core i5-7600K. The small price difference between the two makes the 7600K a perfect comparison partner. Since it’s not a heavy-duty processor, we decided to test it with software and applications that average users use daily.

Of course, games were an essential part of the testing as well. We began our testing with Ashes of Singularity – a game that drives CPUs to the breaking point.

How Does It Perform?

But What About The Real World?

After having completed most of our benchmarking tests, it was time for some real-world testing. First, we tested to compress files with WinRAR, and the performance between them was almost on point. It was too close to call a winner.

Moving on to games, using the same graphics card for both CPUs and with very high preset FXAA 1080p, we started with testing Rise of the Tomb Raider, and the 7600K provided impressive 115.7fps while the 7600K recorded around 117.6fps.

The gap in fps between the two processors, in nearly all games, never really differed more than 5fps. This means that the Core i5 7500 can stand up to the costlier Core i5 processors, at least in terms of gaming.

But What About Overclocking?

This processor has not been unlocked for overclocking. But you can still increase the clock speed using multipliers and the Z170 or the Z270 motherboard. The only difference is that when you overclock these CPUs, you lose the warranty, so you do it at your own risk.

These test results show that the i5-7500 is an excellent choice for those looking to save some money on a processor and motherboard and spending it on more RAM or a better graphics card. We recommend investing in an M.2 SSD instead of a traditional SSD since the speed will enhance incredibly.

The Intel processor isn’t made for high-spec games like GTA 5, Fortnite, and Apex Legends, but if you lower the game settings, you can at least play them even though the gaming experience will suffer.

The Core i5 6500 costs less than the 7500, so if you have access to the Sky Lake processor, it’s a better choice. The new generation’s processors improved performance is minimal. Still, Intel didn’t try to improve the performance but instead improve the design, manufacturing, and power consumption – in which they succeeded, as the 7500 only uses 65W TDP.

But Is It right For You?

Dedicated gamers and enthusiasts who want to play with default settings pushing their PCs to the breaking point won’t be pleased with the Core i5*7500 due to the modest performance and lack of overclocking capacities.

If you need a processor that can beat the Core i7 and provide proper cooling and voltage management, we recommend opting for the Core i5-7600K or even the Ryzen 7 1700. But for an average user who wants to experience gaming at the highest settings without breaking the bank should go for the Core i5-7500 with a cheaper motherboard but with a costlier graphics card and SSD. 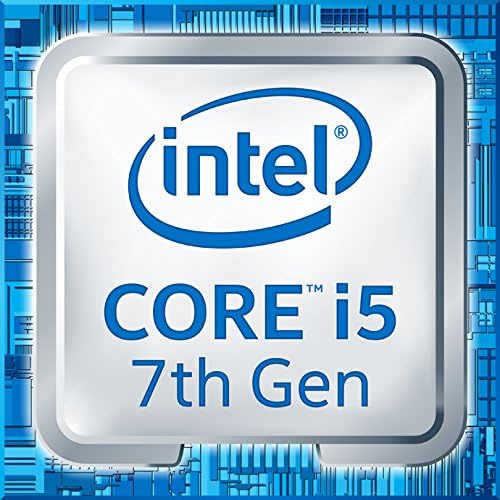 If so, check out our reviews of the Best Gaming Monitors Under 200 dollars and the Best Computer Speakers available in 2022.

And for more computer goodness, check out our Top 5 Best Touch Screen Monitors Review, our Best Gaming Monitor Under 100 Review, and our Best Desktop Computers For Photo Editing Review.

The Core i5-7500 is one of Intel’s most game-centric CPUs. Although it can’t measure up to higher-priced CPUs, can’t handle all applications, and lacks more than four threads, it still offers the same performance as a Core I7-7700, but for a fraction of the price.

The Core i5-7500 is a well-equipped all-around performer with a reasonable price-tag for browsing, everyday work, and even handles programs like Illustrator or Photoshop. It’s excellent for gaming and does some 3D rendering as well.

It doesn’t require a costly Z series motherboard, and any money you save can be better used by investing in more RAM, better SSDs, and graphics cards to boost your overall user experience.